This central London wedding of Jed and Anna was absolutely brilliant! We’ve always said that what really makes a good wedding for us is when a couple just enjoy the day, are affectionate with each other and are into photography. Well this new husband and wife had all that and more!

Everybody was really happy the whole day. Except, maybe, the dog at the hairdressers. We think he looks decidedly unimpressed with all the fuss. 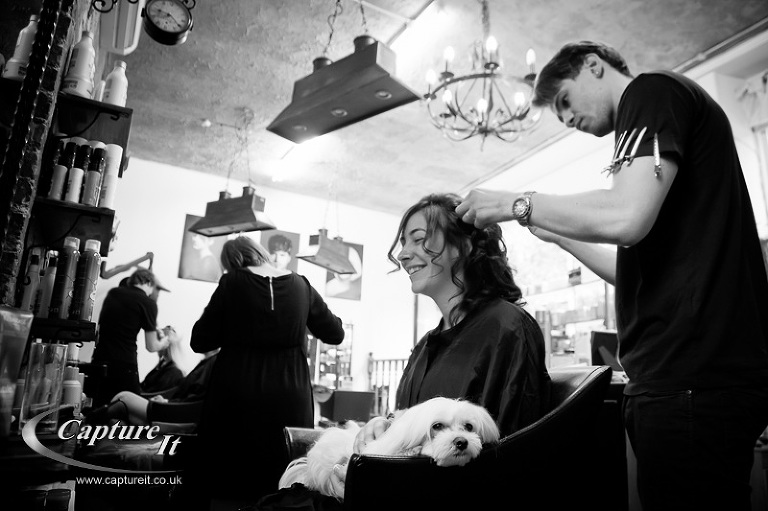 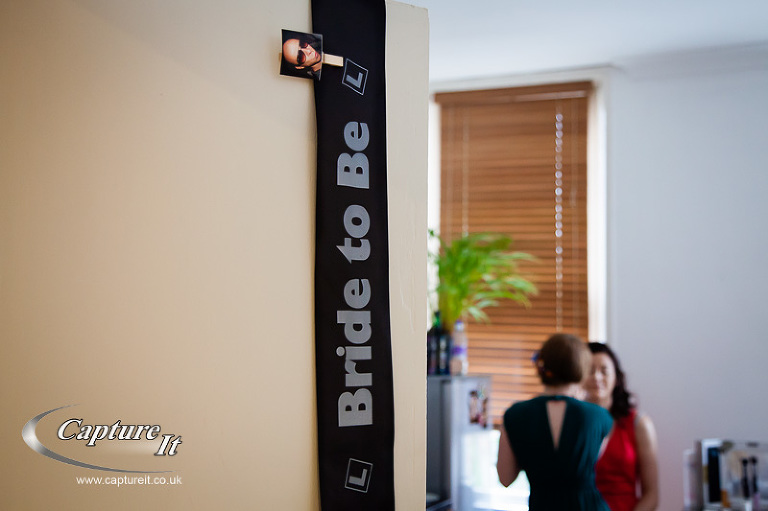 Is the sign on the cinema telling Jed he mustn’t be late? 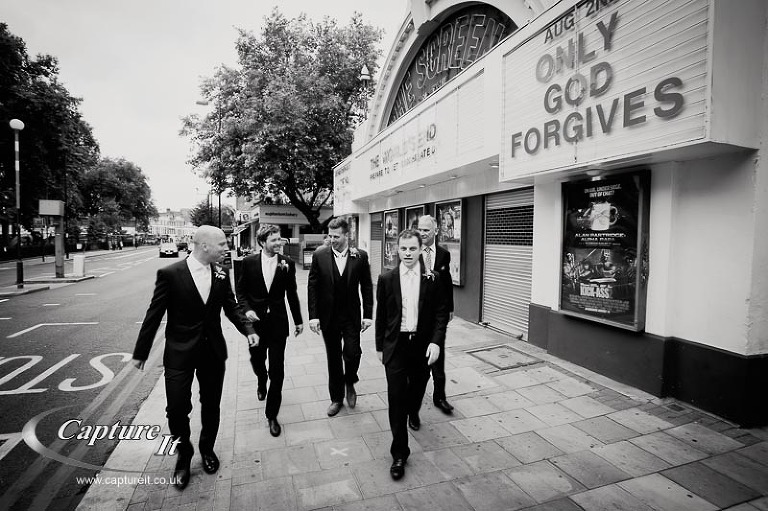 Jed didn’t realise that the driver of this double decker bus is waving her congratulations. 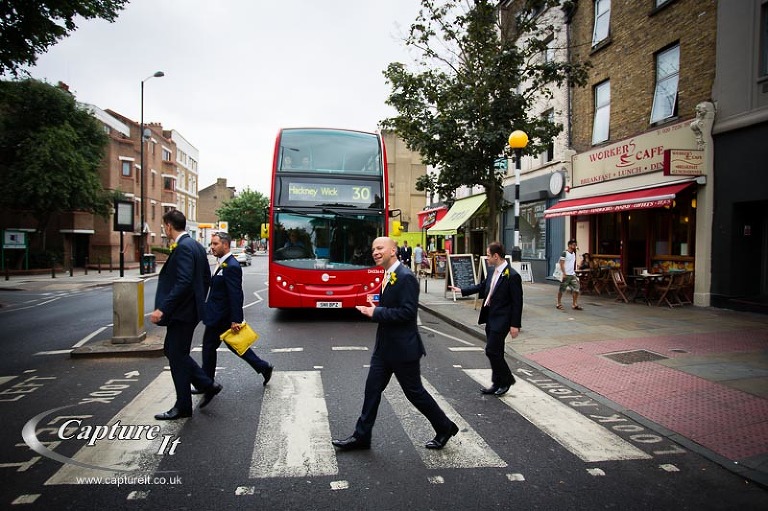 The weather for last Saturday was practically perfect for wedding photography. It was bright but also soft. 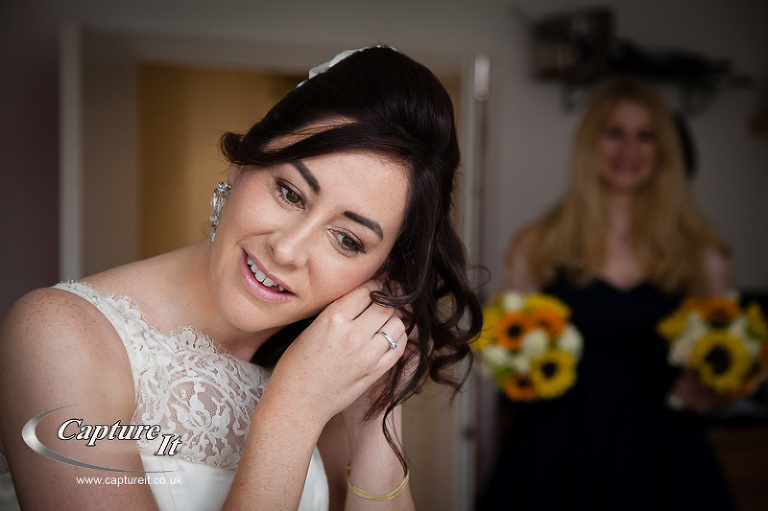 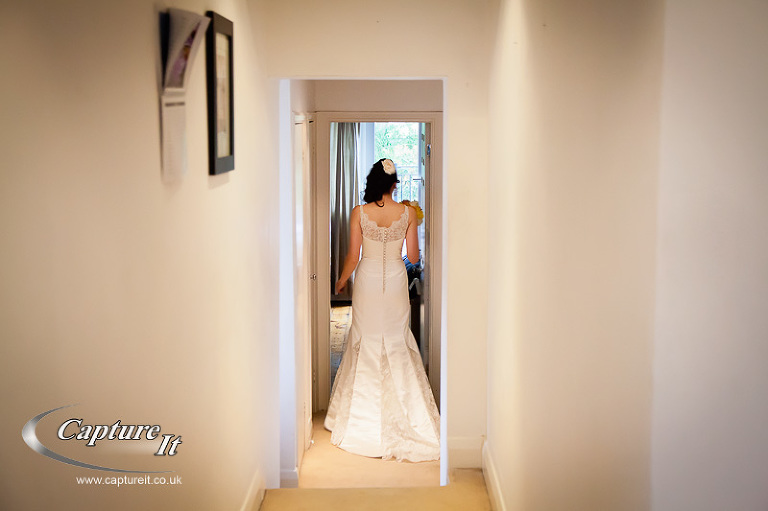 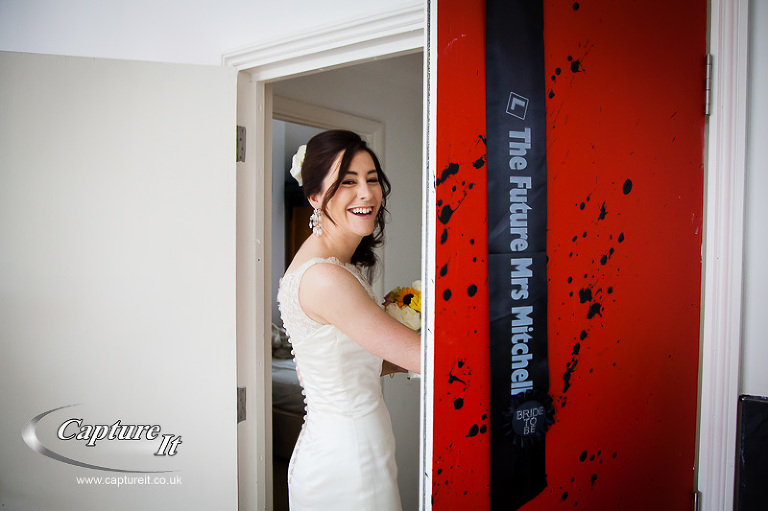 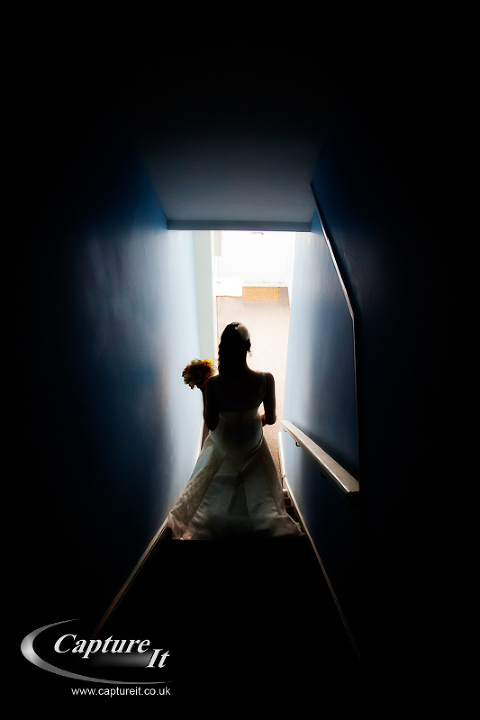 The bridesmaids loved, loved, loved their prom style dresses! Whenever they had a spare moment they were spinning around and around. 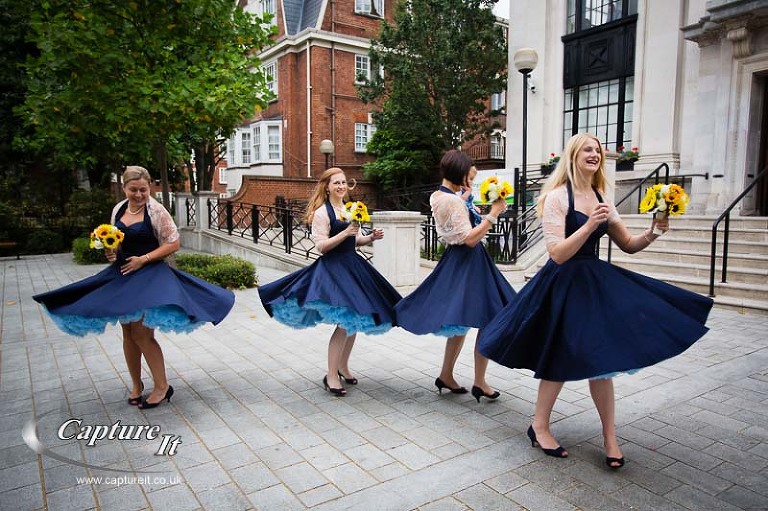 The council chamber at Islington is a great place for a wedding ceremony. The light is good and because the chamber is round, everyone gets a good view of the couple. 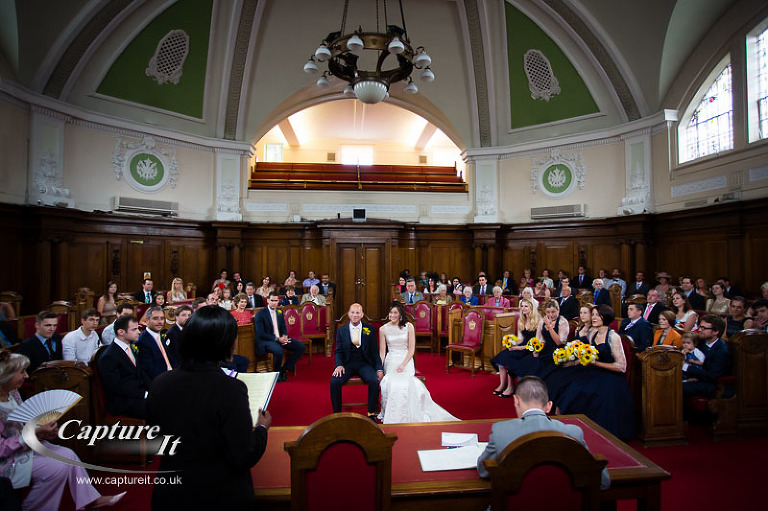 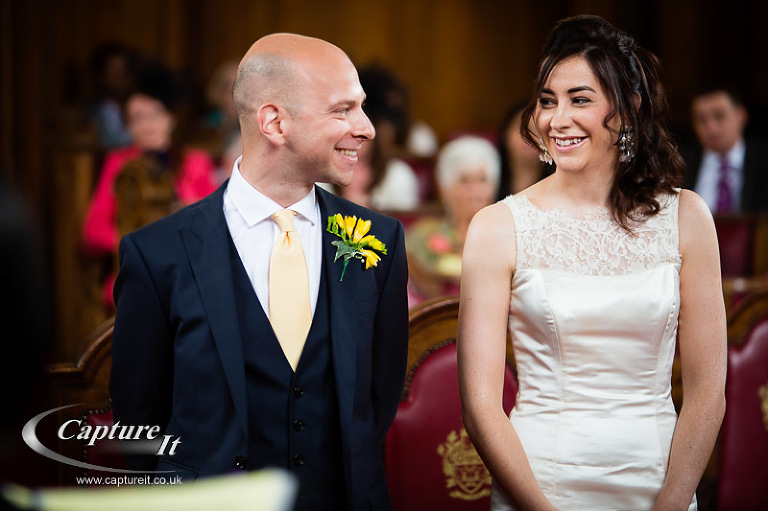 The way the council chamber is laid out means that all are facing the couple to applaud them when married. 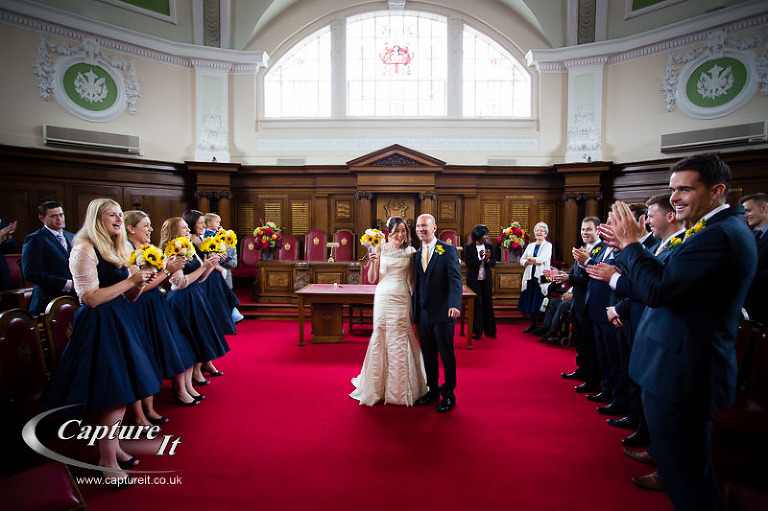 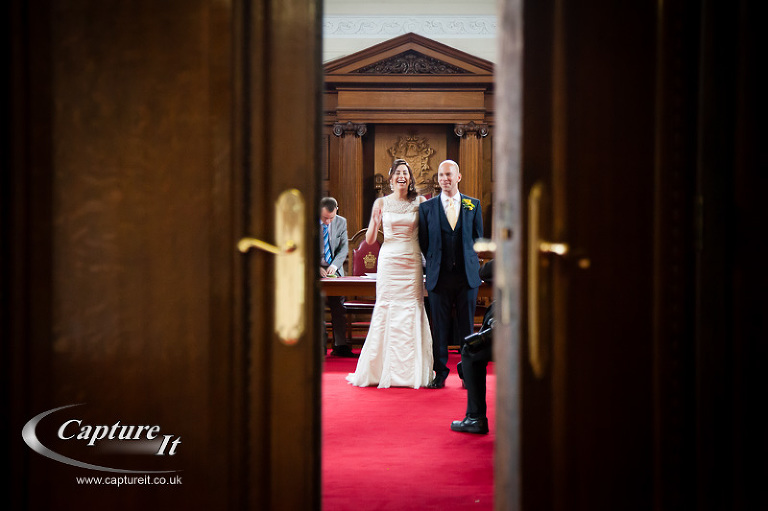 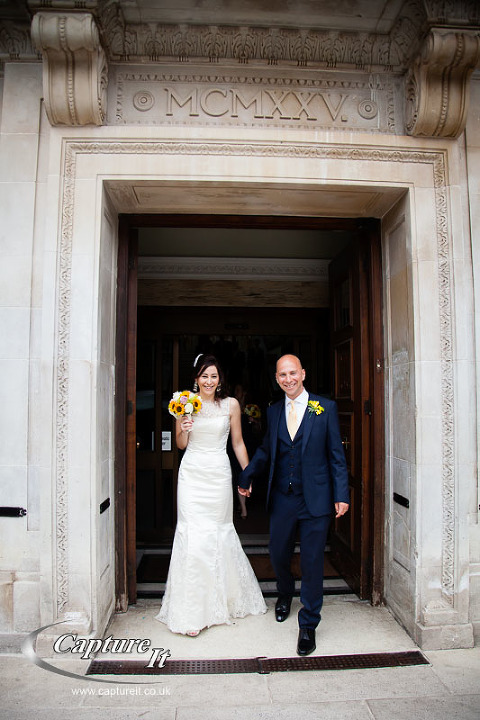 Jed seems to really enjoy it when stuff is thrown at him! 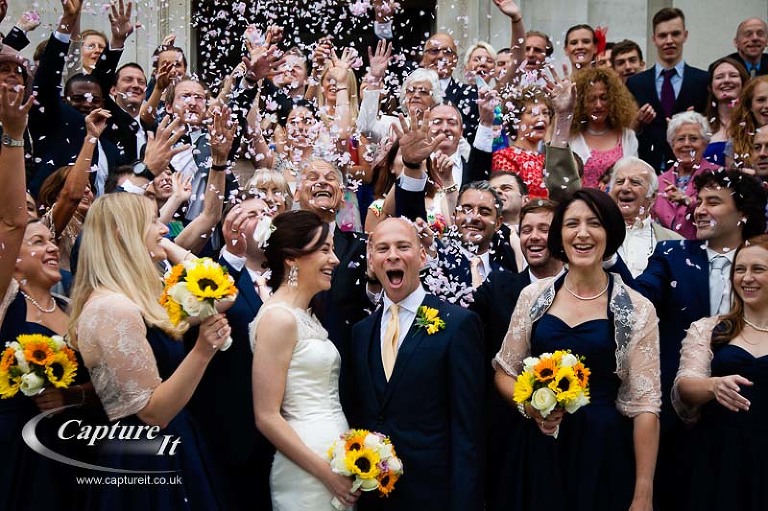 The reception was held at the Rotunda restaurant which is on the Regents Canal. The canal and long boats make for some great photo locations. 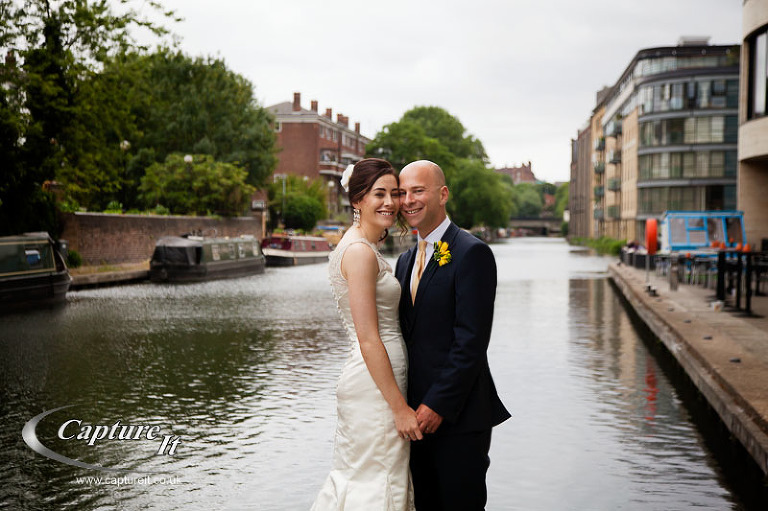 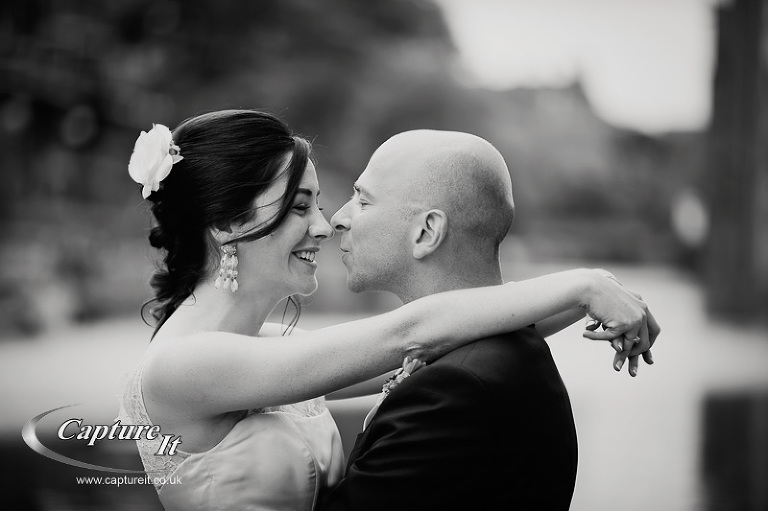 We’re both really pleased with these silhouette shots. One is Richard’s and one is Sarah’s but we won’t say which is which just in case we enter them into a competition. 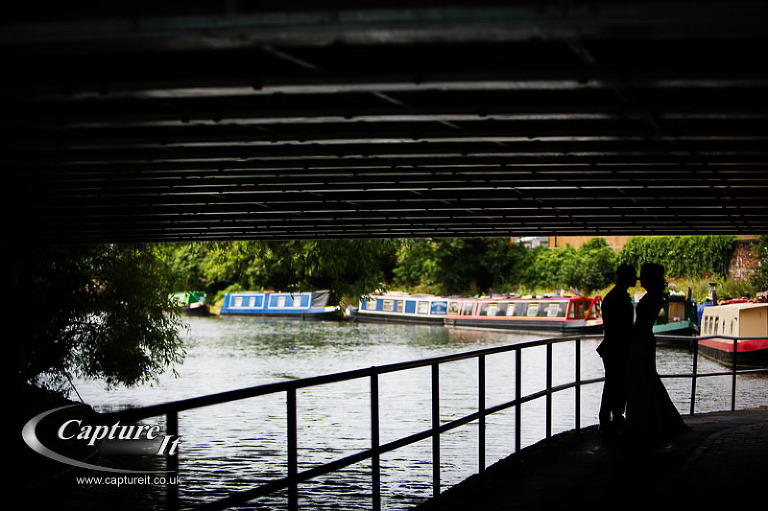 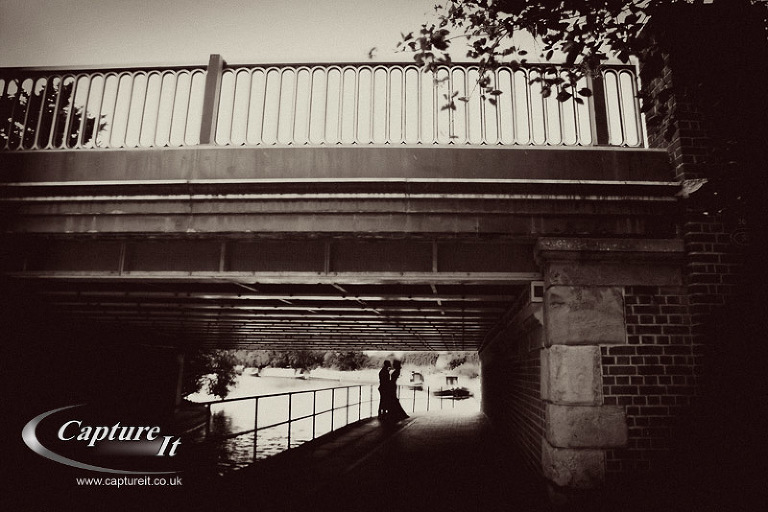 Richard is also pleased with this next shot. He’s timed it just right with the reflection in the window to the left. 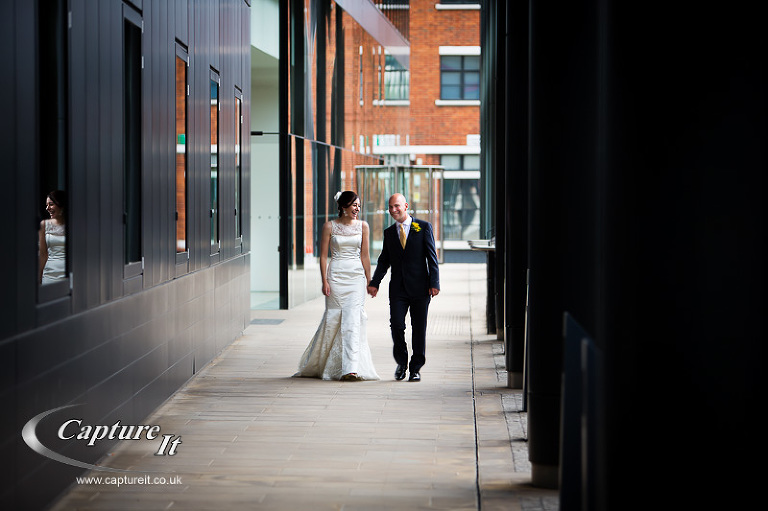 The waiters at the Rotunda are very efficient! 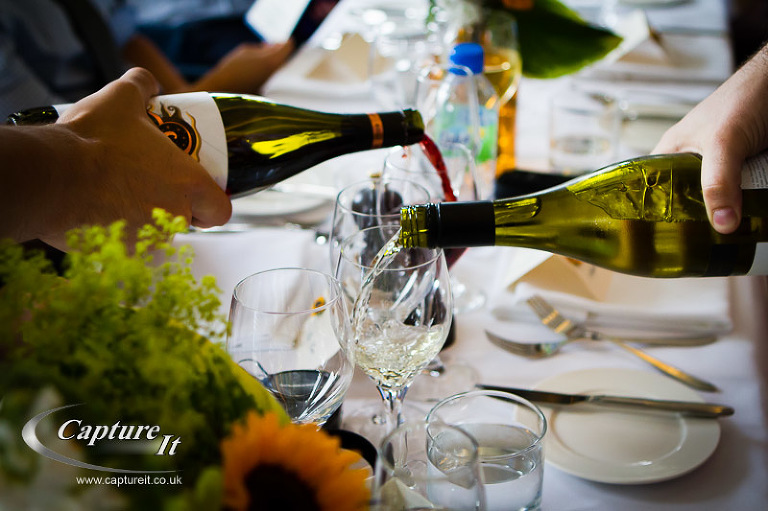 It had been quite difficult to get this little one to look at the camera during the group shots but there was no stopping her later. 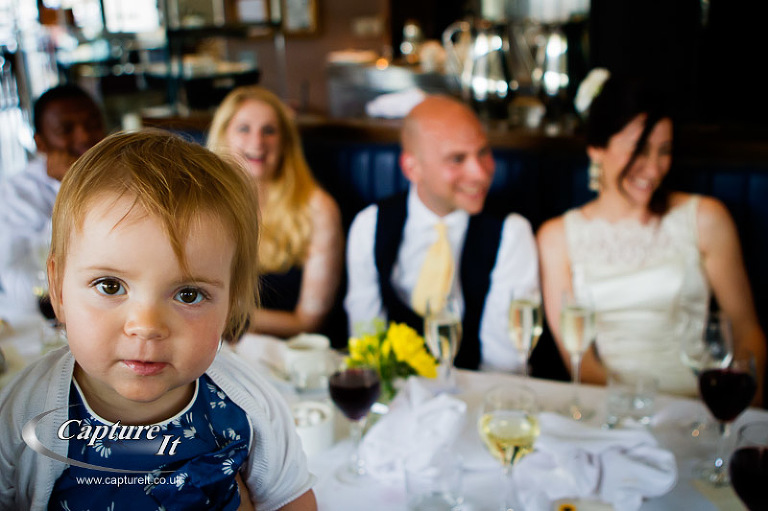 The MC summed it up perfectly when after his speech, he thanked the best man for the best five minutes of our lives. We’ve been to hundreds and hundreds of weddings but this really was the very best we’ve ever heard. The best man, Scott, didn’t even know he was going to have to give it so it was all ad lib. Perhaps Scott didn’t intend it to be as funny as it was but it was priceless. Just as well our lenses are image stabilising as we were laughing so much. 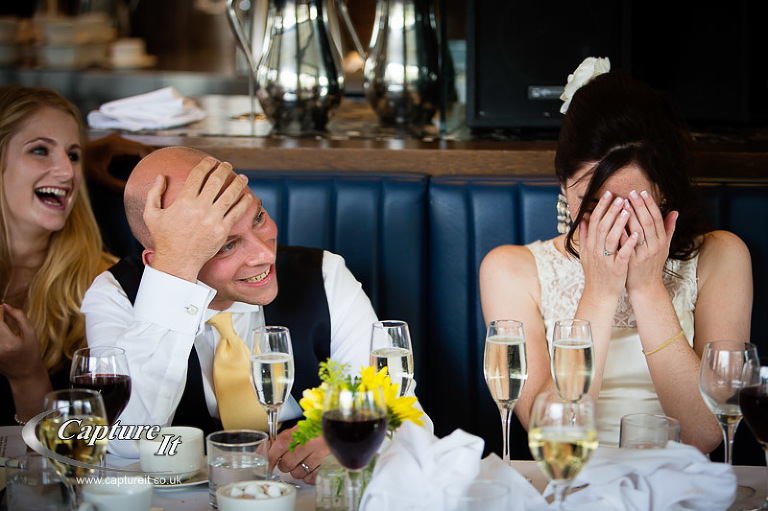 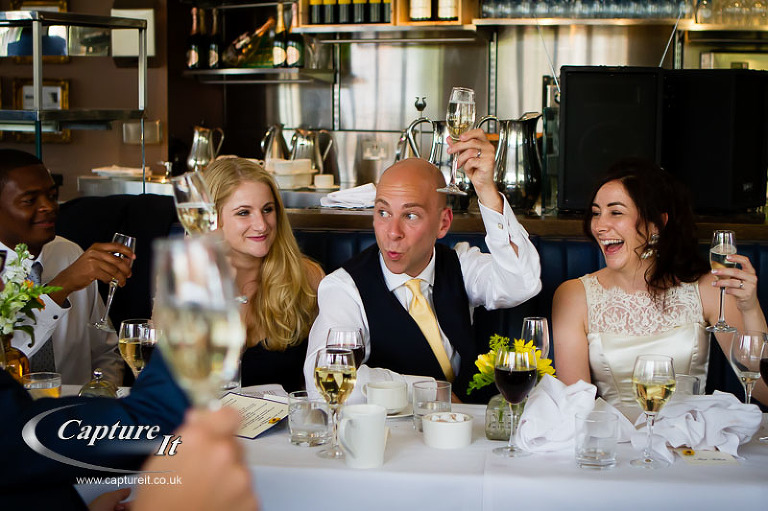 The inside of the building at King’s Place is a complete contrast to the outside. The canal and bridges suggest old time, vintage photography whereas inside is all modern and cool lighting. 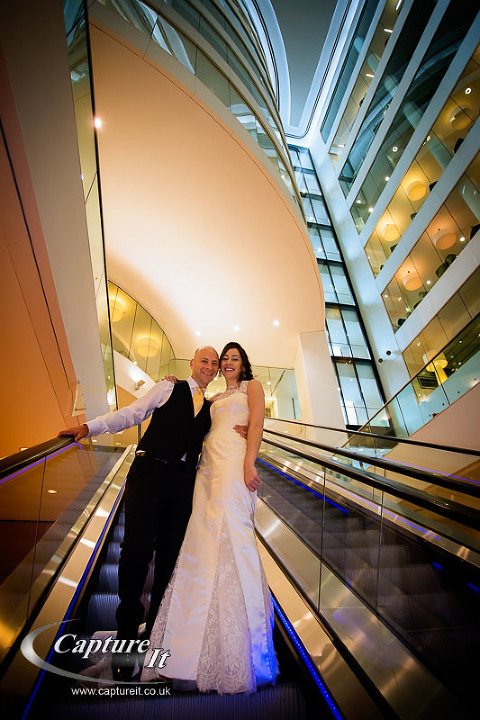 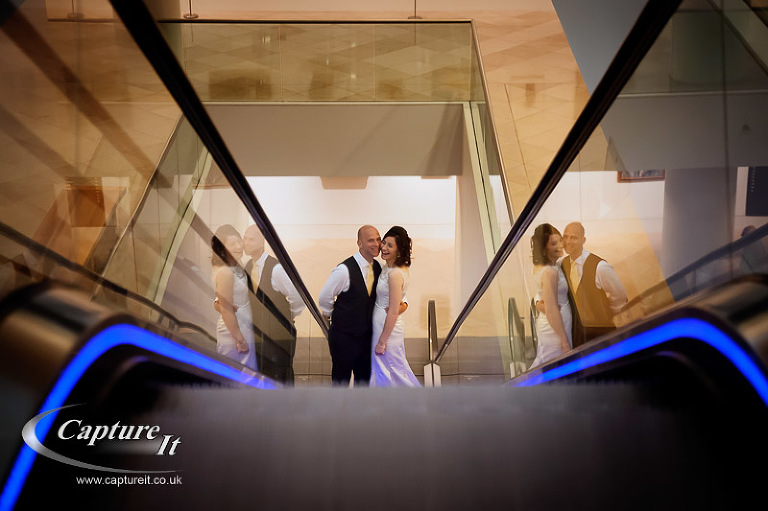 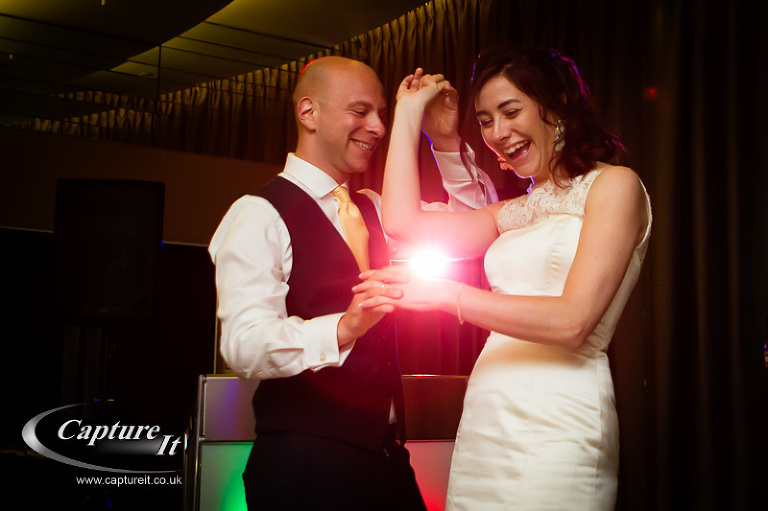 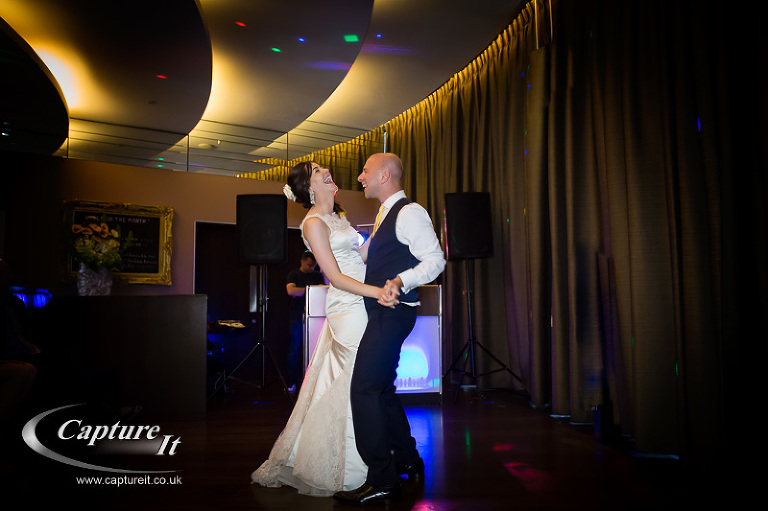 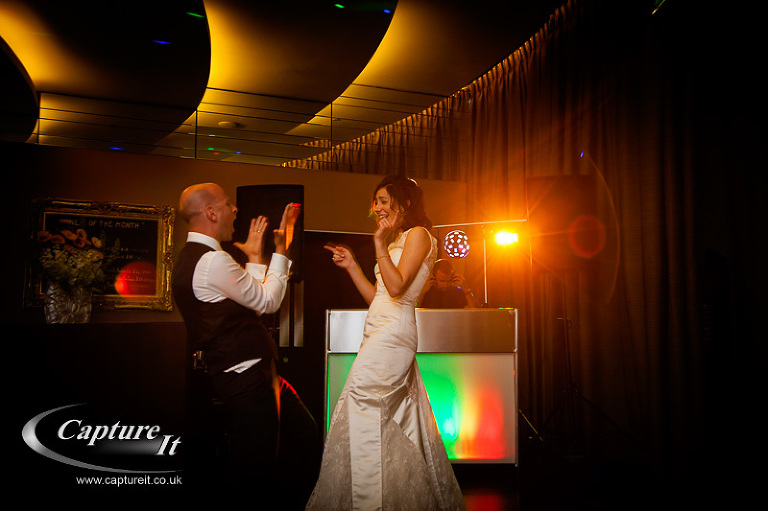 What do you think? Did the guy catch the bouquet or not? 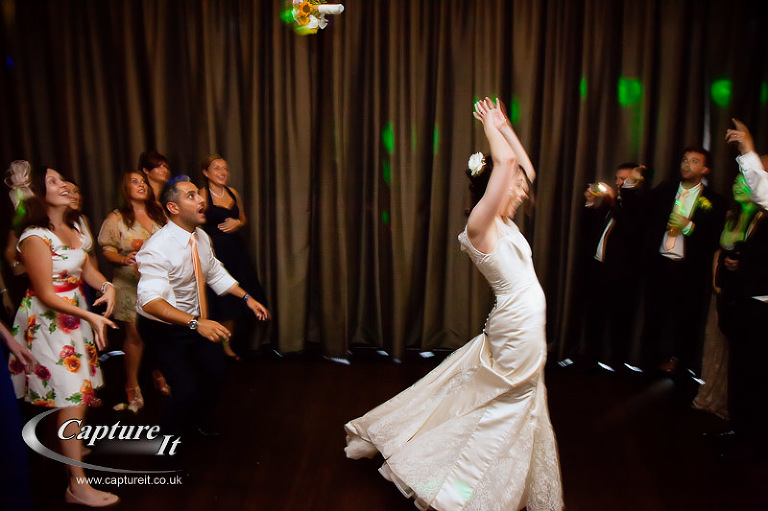 Here are a couple of links that you may find helpful:
Islington Town Hall Weddings
The Rotunda Restaurant